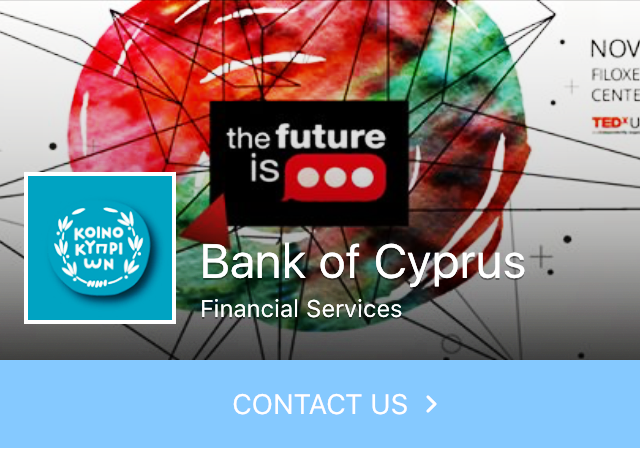 Bank of Cyprus has recently launched its Facebook Page marking its entrance on the most popular Social Media network. As far as we know it’s probably the biggest failure ever on launching a Facebook page and it’s coming from the biggest company in Cyprus!

So why is the launching of their Facebook page a total bust? Well just take a look at their posts and you will find it hard to read any of the comments. Most of them or all of them have either been deleted or hidden for others to see.

The reason? Simple enough. Bank of Cyprus being the largest bank on the island had to be bailed out a couple of years ago by taking a large sum of its depositors money due to a big exposure to Greek bonds. From there on the bank is trying hard to survive and all at the expense of its clients and the local economy. Now the bank, still under pressure due to high percentage of non performing loans, continues to give a hard time to its clients.

It was thus imminent that people would react in any given way possible and Facebook is just the right platform for everyone to express their dissatisfaction and their opinion on any matter. Now imagine having the company you hate the most, available on Facebook! That is exactly what you expect the interaction to be! 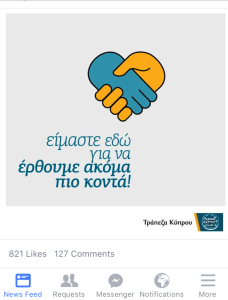 So what would the options be in this case for a business in this situation?

In my opinion Bank of Cyprus will choose option A regardless of what people say and try over time to smooth things by not replying hoping that people will forgive and forget. This does not mean that I agree but this is what I think they will choose to do.

There is though another dimension on this issue that we need to consider. Big companies in the past that have behaved irresponsibly have been exposed and criticized by the public on Social Media. Nestle and Mattel are 2 examples of Brands forced to change their policies and their way of doing business for the better. They were pressured by public outrage to change their suppliers because the ones they used were responsible for deforestation.

This shows the raw power of Social Media and that people can actually push businesses with bad practices or low moral standards to improve themselves. I think that Bank of Cyprus is another case like Nestle and Mattel were people have the chance and power to shift things in a different way than they are now. 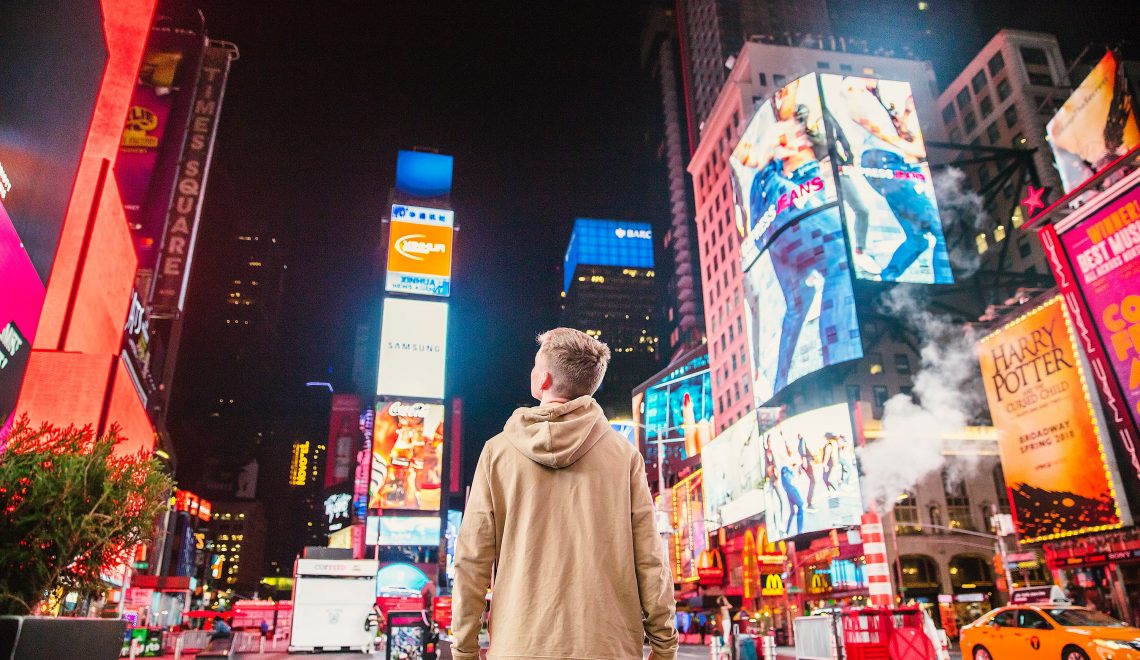 How to make Smarter decisions in the corona crisis times!

We use cookies on our website to give you the most relevant experience by remembering your preferences and repeat visits. By clicking “Accept All”, you consent to the use of ALL the cookies. However, you may visit "Cookie Settings" to provide a controlled consent.
Cookie SettingsAccept All
Manage consent

This website uses cookies to improve your experience while you navigate through the website. Out of these, the cookies that are categorized as necessary are stored on your browser as they are essential for the working of basic functionalities of the website. We also use third-party cookies that help us analyze and understand how you use this website. These cookies will be stored in your browser only with your consent. You also have the option to opt-out of these cookies. But opting out of some of these cookies may affect your browsing experience.
Necessary Always Enabled
Necessary cookies are absolutely essential for the website to function properly. These cookies ensure basic functionalities and security features of the website, anonymously.
Functional
Functional cookies help to perform certain functionalities like sharing the content of the website on social media platforms, collect feedbacks, and other third-party features.
Performance
Performance cookies are used to understand and analyze the key performance indexes of the website which helps in delivering a better user experience for the visitors.
Analytics
Analytical cookies are used to understand how visitors interact with the website. These cookies help provide information on metrics the number of visitors, bounce rate, traffic source, etc.
Advertisement
Advertisement cookies are used to provide visitors with relevant ads and marketing campaigns. These cookies track visitors across websites and collect information to provide customized ads.
Others
Other uncategorized cookies are those that are being analyzed and have not been classified into a category as yet.
SAVE & ACCEPT